Worshipful Brother Joshua L. Rubin is the Secretary of Samuel Gompers-Benjamin Franklin Lodge #45, Free and Accepted Masons of the District of Columbia. He served as Master of that lodge in 2011. He can be reached at jrubin@sgbf45.org. 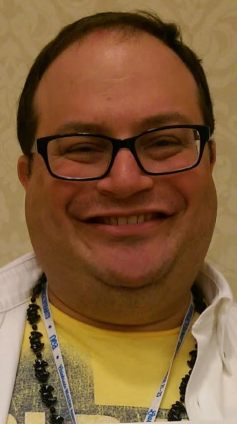 My brethren, I present to you a cautionary tale of Lodge leadership. TL; DR: What may be the best option for the long-term survival for the lodge may not be in the best for the short-term interest of the lodge; how change is made is just as important as the change itself.

In 2006, I was Raised to the Sublime Degree of Master Mason at age 24. At the time, I was the youngest member of the lodge whose mean age was well over 70 years old. Before I knew it, I was in line, and thanks to the vicissitudes of life, I skipped a few chairs and was elected Master for the 2011 Masonic Year, which in DC runs from December through November. Sadly, my story is not unknown; there are often brethren who join Masonry, are shanghaied into the bottom of the line (either by appointment or by running unopposed), and end up as Master before their tenth—or in my case, their fifth—Masonic birthday.

I had become a Mason filled with ideas of secrecy and importance; stories of George Washington, Paul Revere, and the Marquis de Lafayette ran in front of my consciousness. I expected enlightened discourse on esoteric topics and quests for Truth, and I expected Nicholas Cage-level connections to the likes of Benjamin Franklin and the other Founding Fathers. Stories of heroism by Masons on both sides of the Civil War fascinated me, and I looked forward to making serious connections with my American history. Having a strong background in Americana (holding multiple degrees in political science) and history (I am a certified special education teacher and a certified social studies teacher in Maryland), I was disappointed at what I found.

My lodge’s history, as any brother who has been around for long enough will be able to tell you, is fraught with heavy-handed leadership, from a cadre of Past Masters who would hem and haw for decades from the sidelines. By the time I was Raised, however, most of these brethren had either Passed to the Celestial Lodge Above or retired to warmer climates (mostly Florida). The few PMs that were left were grasping at straws as to what to do and how to lead. Several PMs were recycled into the East (one brother who had first served as Master in the 1960s served an additional two terms in the early 2000s). Men would enter the line but quickly drop out, to the chagrin of the “do”ers in the lodge, who were left scratching their heads, wondering how to make Masonry applicable to young men today.  Men were coming into the lodge, but many were not staying.

I was the young gun, and I thought I knew all of the answers. My mind centered on a majority of the cadre of PMs still hanging around at officers’ meetings, having irrelevant discussions or becoming so mired in past quarrels that they could not see that the lodge was dying in front of them. I resolved that in my year as Master, I would rectify that. I halved the number of PMs I invited to my officer’s meetings.  I disagreed openly with my secretary and with PMs who had been Masons longer than my father had been alive.

In the end, I alienated a good number of “do”ers who had nothing but the best interest of the lodge in mind. What I had to learn the hard way was that none of the brethren in my lodge actively sought to keep us tied to our past. They went about “business as usual” because “it had always worked before,” and because they hadn’t yet come up with a better solution.

What I thought was hubris on their part was really hubris on mine. I came into the East as the young gun, ready to make changes that the majority of my membership wasn’t ready to adopt. A few of my changes stuck; most did not, either because of outright rebellion or because Masters who came after me did not adopt those changes into their program, probably because they did not understand how these changes could work to improve our Lodge.

What I forgot—or, really, what I didn’t learn until later—was that this lodge was their lodge. They had poured their heart and soul into the success of the organization for decades. Who was I, but some whippersnapper, still brushing the dirt off of my jacket from my Raising, trying to lead men with thirty, forty, or fifty years (or more!) of service to the Craft.

It took me too long to realize that regardless of my genuinely-held beliefs—most of which I still hold as my guiding compass for what I believe to be the future of the Craft (to be discussed in what I hope will be a future installment on this website)—are only effective if there is buy-in. I did not spend enough time working on getting buy-in from my brothers.

To all of you young Masons (young in age and/or young in terms of Masonic service), I offer this simple piece of advice: if you think something should be done, talk to the Master of your lodge. If he doesn’t agree with you, talk to your Senior Warden—after all, he’ll be in charge in a year or two. But also talk to a Past Master who you trust, who knows the lodge and its personality, who knows what will be accepted and what will be resisted. I still do this, by the way; I run most everything—including this article—by my Masonic mentor and the brother who Raised me.

But mostly, realize that no matter how right you think you are, and how just you perceive your cause to be, there are likely dozens of other brothers in your lodge who have the same feeling as you have about the exact opposite position. Our operative brethren used chisels and setting mauls, not sledgehammers.  I encourage you to do the same.

Thank you Bro. Joshua Rubin for you contribution this week!

If you would like to be the next contributor to From The Mentor’s Mouth, send me an email. I hope you will.