After Gettysburg, we drove to Philadelphia: The City of Brotherly Love. We passed by the Philadelphia Museum of Art where the Rocky statue and steps garnered a lot of attention of various tourists. We decided to return later. Unfortunately, we didn’t realize they removed the statue at night, so we missed getting a picture with that iconic figure. However, we did see much more and suffice it to say important monuments. Our first stop was the Liberty Bell.

As an American Mason, this was all exceptional, but what I had been told by every brother to not miss while in Philly was the Masonic Temple of the Grand Lodge of Pennsylvania. We had a rental car and kept driving around it, totally missing it, because we thought it was a church. Look at it in all its majesty. It is absolutely breathtaking. 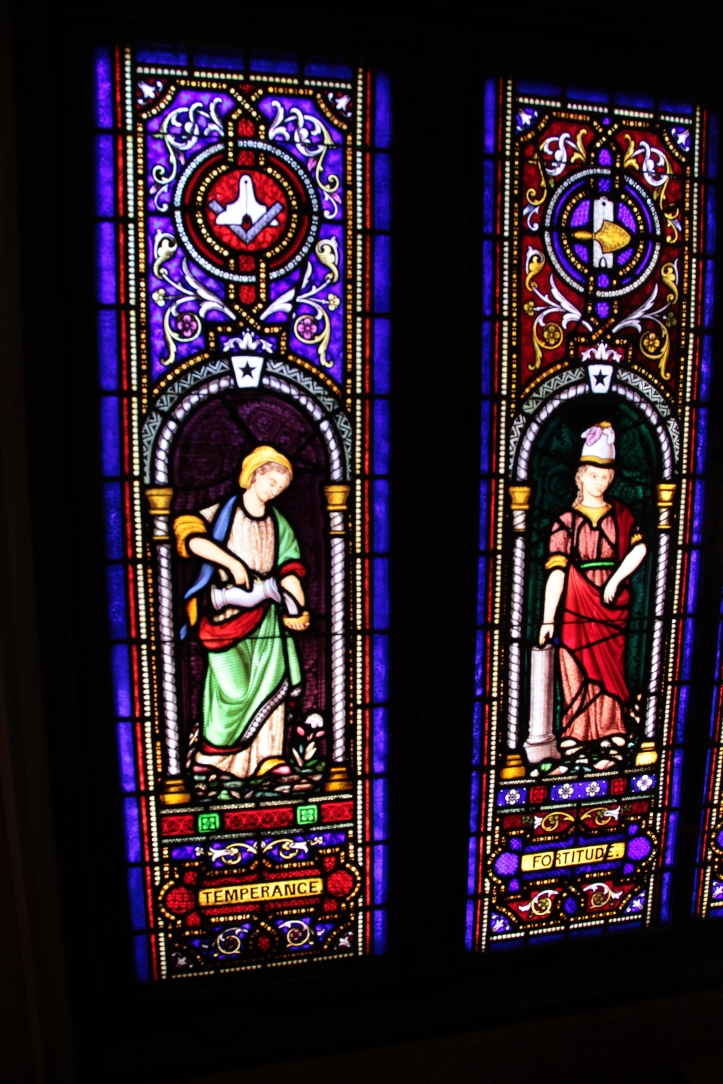 And of course we had to try out some Philadelphia staples. We went to Tommy DiNic’s Roast Pork and Beef for a roast pork, broccoli rabe, and provolone, as well as a Valley Thunder grilled cheese from Meltkraft (no image, but it was amazing) in the Reading Terminal Market. We also had a couple sandwiches from Tony Luke’s. Mason had a Classic Pizza Philly Cheese and I had a Sausage and Peppers. They were pretty good, but not the best that I’d ever had. 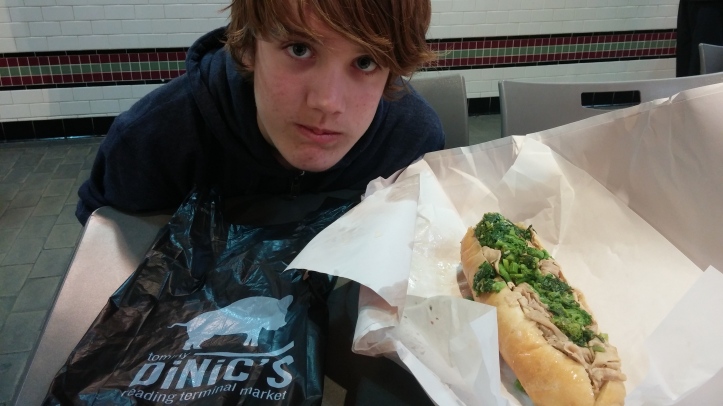 Finally, here’s the thing that I am really excited about sharing. As a Master Mason, we get to travel to other lodges. Well, I traveled on this trip and found myself in the Egyptian Hall of the Masonic Temple in Philadelphia invited to attend Lodge No. 2‘s meeting. Lodge No. 2 was constituted in 1758, boasts Bro. Ben Franklin as a past master, and originally met at the Tun Tavern where the Marines were formed.

Unfortunately, I missed their opening of lodge, as I was actually waiting to attend another lodge that was doing degrees that evening, but cancelled. I was welcomed in when the invited guest, Prof. Joe Wojie of Grim Philly Twilight Tours gave a talk on the grim history of Philly. He discussed some history of the Tun Tavern, as well as witches, pirates, and graverobbers. Everyone was friendly and inviting. They even gave me a pin and a whiskey glass with their lodge info on it. Thank you brothers for the hospitality and brotherly love in the city of brotherly love! 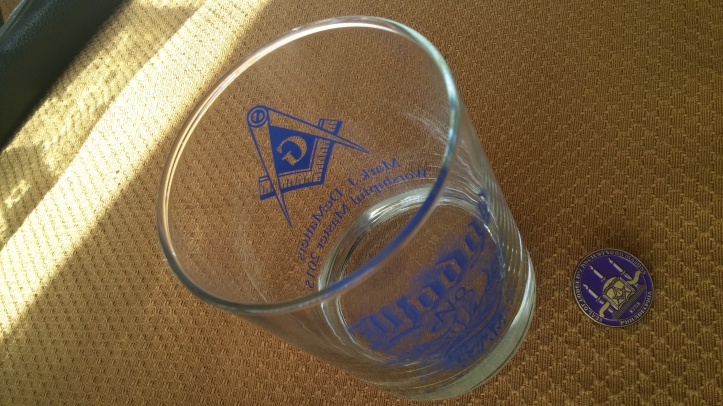